Have Fun This Summer and Go To Vans Warped Tour!

Eight of the 85 bands playing this summer at Vans Warped Tour. (Photo Credit: Jenna Leon)
When you think of summer what comes to mind? Perhaps water parks or camping. However, not many people know about Vans Warped Tour. What is Vans Warped Tour? You may have heard of it, but for those of you who have no idea what Vans Warped Tour is let’s talk about it. Vans Warped Tour is the largest traveling festival in all of the United States. It was first held in 1995 and has grown ever since. It is a traveling rock festival, however rock is not the only genre that plays at this festival. Anyone from punk pop to rapping to metal is allowed to perform. The closest showing from Atwater California is a two hour drive to Mountain View California. The showing is on August 6, 2016 at the Shoreline Amphitheatre.

Many well known and well liked bands are playing. Out of the 85 bands playing, and between three Buhach students which include: junior Alexandria Medina, sophomore Andrew Locken,and freshmen Aaron Davis eleven bands were chosen as their favorites. These bands include:  American Authors, Atreyu, Broadside, Ghost Town, Ice Nine Kills, Issues, Motionless In White, Set It Off, Waka Flocka Flame, and Whitechapel.

These are just eleven of the 85 bands playing this summer at Vans Warped Tour. For tour dates, times and tickets visit their website at http://vanswarpedtour.com/ The other 74 bands performing include the following: 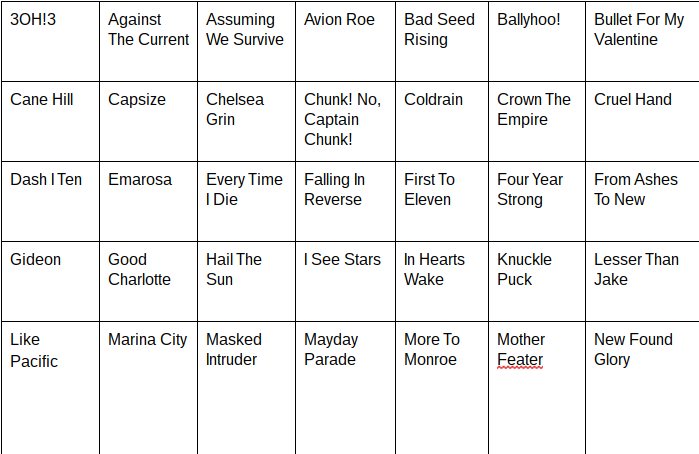 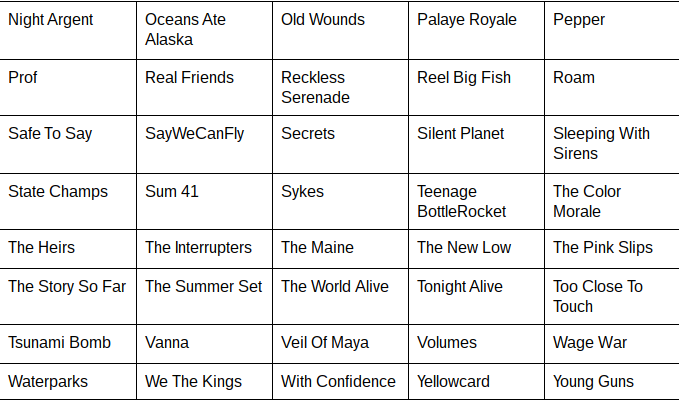 So if you enjoy music of all sorts and would love to travel the world, hearing different types of genres then Vans Warped Tour is for you. ​
Powered by