Students and Faculty Share Their “I'm Thankful For” Stories 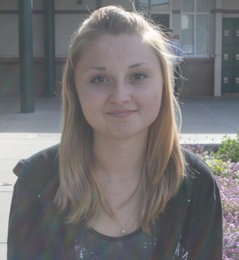 During the past couple of weeks in the month of November, Buhach Colony students and faculty had the chance to submit a response on what they are thankful for, with a chance to be interviewed for the BC Times online newspaper. After choosing a male and female from every class year as well as two teachers of the opposite sex, I was fortunate enough to interview these ten people on Tuesday November 17 and Thursday November 19.

“I am thankful for many things, but one of the most important things going on around me right now is Veteran's Day. Knowing that I have an uncle who is currently stationed in Afghanistan and many grandfathers who served before him, I am thankful for the men and women who have risked their lives to protect our freedom.”

Since you have so much respect for the people that serve our country, are you planning on joining as well? If not, what are your plans after high school.

No, I plan on doing graphic designing. 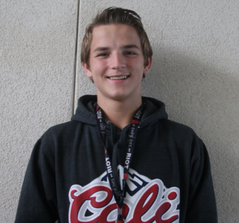 “I am thankful for second chances, chances everybody needs to straighten themselves out for the good of themselves, I was given a second chance this year after messing up, I didn't deserve the second chance, but I got it and I intend to do better because of it.”

I got into trouble for an [illegal substance], but the school let me go through DOC and allowed me to come back to school. Well, I vowed to myself that I would quit because it got me nowhere and if I mess up again I’ll get expelled. Yes, because everybody messes up and people just need second chances so they can right themselves from the wrong they did. 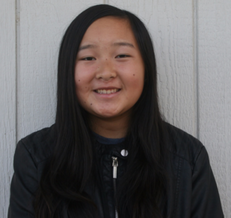 “My parents and grandparents who made it out alive from the Vietnam War in Laos because if it were not for them, I would not exist.”

Have you done anything for your parents and grandparents to show that how thankful you are of them?
Yes, I have thanked them because everyday I’m reminded of who they are and I obey them and treat them nice. I don’t talk back to them and I know they have suffered way more than what I’ve been through. Their pain hasn’t been compared to what I’ve been through and I could never feel the same way that they did. 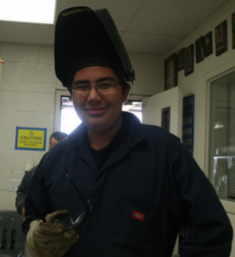 “The great teachers and all of my new friends.”

Can you name one teacher and what student that has helped you and how?

Guyver Lee he was one of my first friends when I transferred here from Fresno and I had no friends. He was a really good friend. Mr. Garcia who was so super happy and always lightened the room. 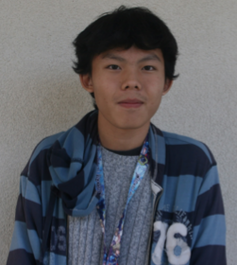 I am thankful for the people I love because they give me the courage to do things beyond my own expectations.

Name a few of your friends and what they have done for you that has given you the courage to do thing beyond your own expectations.

My friend Caroline Saelee she goes to El Cap and she taught me to be a real man cause I was a real coward back then but she made me see the real word and taught me to man up. My friend Ken Yang he got me to start be a man also cause I was always negative about myself and I always thought I wouldn't be able to look good, it doesn't matter what you wear and people think just be yourself and people will like you for who you are. Abigail Pham she got me to see how the world works because she started joining clubs before all my friends and she told me to join clubs or start talking to more people to be more social because I was anti-social from elementary school to middle school. 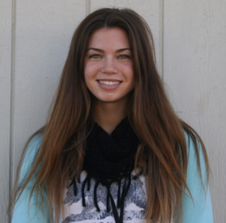 Junior Jessica Pinasco
​
“I am thankful for determination and dedication. Without those, nobody would strive for anything in life. We wouldn't have the doctors that we have today saving lives, we wouldn't have the veterans and military men that put their lives on the line for us to defend our country, and I wouldn't have my amazing parents that work so hard to give everything they can to my siblings and I to succeed in life.”

Has anyone inspired you to be determined and dedicated to something?

Yes, my dad. When my dad was young in school he was an amazing athlete, he blew his knees out at age 13 and couldn't go to NFL and I lucky inherited his athleticism and mind set, and seeing him everyday as my coach made me want to do hard. He has MS, multiple sclerosis, which has no cure. He had it since I was four. So I want to graduate college with a D1 scholarship for him. 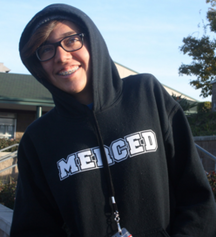 Senior Jocelyn Godoy
​
“I’m thankful for my mom who is able to provide for us.”

What do you think you would do if your mom wasn’t there to be your provider?

Die. My mom is a single parent so without her, there would be no income into my family, so I would have no way of surviving. 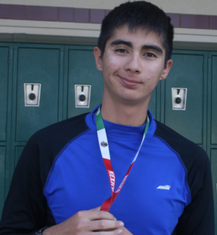 “For my Aunt's child who is still alive even after complication during the 7th month of pregnancy.”

How did you feel during the complicated pregnancy.

I was scared. But my dad was the one that told us that something was going wrong. And that the baby was drowning and I was just freaking out because he was going to be one of my new baby cousins. He went to LA to go check and he called us the next day saying that she was fine and that everything was okay and she was alive and I was all like thank God. 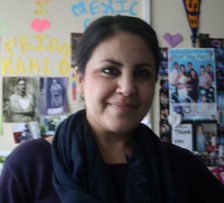 How did you feel when your Yorkie was attacked?

I felt like I was going to die! I was freaking out! 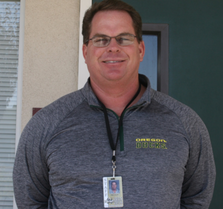 “My wife and daughter, my job that allows me to be a part of success in the lives of young adults, the science department, and the US military that defends the stars and stripes.”

Do you personally know anyone who is defending the stars and stripes?

Not right now, but my dad served in WWII. He was stationed in the Philippines and Japan. He helped clean Japan up afterwards.
Click here to see the rest of the "I am thankful for..." entries.
Powered by