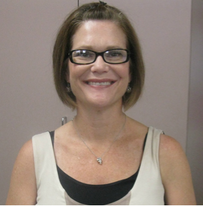 Amy Hansen
Art teacher Amy Hansen is a brilliant, outspoken, and spirited teacher at Buhach Colony High School. Her opinions and spirit for Buhach make her stand out greatly. When Hansen was interviewed she showed interest in each of the questions responding with detail. With serious and fun questions you will be surprised to find out some things about Hansen that you wouldn’t have known before.

What part of your job is challenging?

Working with multiple class levels, having freshman through seniors in one class because they are all at different maturity levels. Also different academic levels. It’s also challenging because I want all of my students to love art as much as I do and I know that they don’t.

What makes Buhach different compared to other schools?

I was at Buhach for ten years from the first day it opened and then I moved to Golden Valley for four years. One of the reasons why I came back to Buhach was because of the staff atmosphere (getting along well) also the students at Buhach seem to be more open to ideas and change.

Who would you say is your inspiration?

My art teacher at Merced High whose name was Sue Thompson, she actually inspired me to become an art teacher. In fact when I first got hired in the district she was the first person I called, she was the first person to help me get started and taught me a lot about how to teach art. I have always looked up to her, admired her, and she inspires me to be a great teacher.

Following up the previous question: Has there been students who have come forward about you being an inspiration?

Yes, I have been finally been teaching long enough that I would have students come back to me and say that they’re working at an art studio or photography studio which I’ve taught. Taking my classes had led them to their careers and I would say that is the most rewarding part of being a teacher.

Who is your favorite artist?

What do you like to do your spare time?

I like to paint my fingernails because I find it very relaxing. Also, I do have two boys that keep me very busy. So a lot of times I end up playing video games with them but it’s very frustrating because I just don’t understand Minecraft or the point of it. (Laughs) Or the goal, like who you kill in Minecraft? What’s the endgame? I don’t understand it but my boys live and breathe for it.

What’s the perfect day for yourself?

Waking up at 10 am, having a wonderful cup of coffee and maybe heading off to the beach with my kids. We would boogieboard together and just have a nice day in the sun.

Do you have a pop culture obsession?

Gee...I don’t know...I know! I do love graphic tees. I like buying them, I like looking at them and so many times when students walk by I would be looking at their graphic tees and they would give me this look like, “What? Are you dress coding me? It doesn’t have anything violent.” And I’m like, “No, I’m just checking out your shirt because it’s cool.”

Is there anything else you want to add?

I left Buhach thinking that there was going to be something different and possibly better but I found out that really Buhach (for me) is my home and I absolutely love it. I missed it. It’s good to be back.
Powered by