Around the world of sport, in two minutes 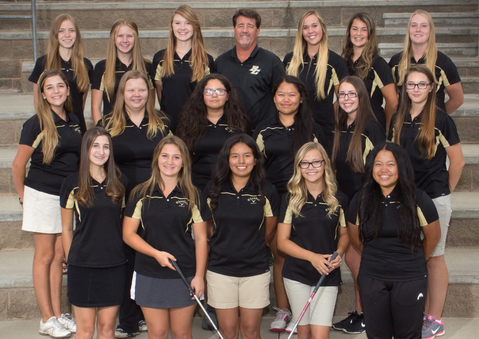 Kudos to the Girl’s golf team as they were the co-champions of the Central California Conference. Buhach Colony was led in their round with Turlock by Maddie Freitas, who finished with a 93. Tianna Lee (94) and Sabrina Thao (97) also turned in solid rounds. This year’s team personified silliness and teamwork. Their illustrious coach, Steve Abrams, noted, “I’ve had better golfers individually in the past but this group was by far the best team.”

Write it down, this year’s 2015 World Series Champions, the San Francisco Giants. What??? They didn’t make the playoffs? Ooops, I forgot, it’s not an even year.


​Speaking of baseball, another anti-climatic year for the Dodgers. Just shows to go you, you can’t buy a world championship.

Just how crazy is Senior outside linebacker Brent Aue? Every game he drinks mustard, blows chunks, and then drinks mustard again. Aue swears on his anti-cramp mustard routine though. He claims, “It’s serious, against Pitman I didn’t drink mustard and I was down every play.”

Ever hear of a group intentionally messing up a play or routine to help them focus? Senior Cheerleader Daphni Fraguglia claims just that. “We did it one time and it just helped us get ready,” states Fraguglia. Hopefully, sophomore flyer Megan Moua isn’t dropped on her noggin.

2012 BC graduate Aaron Cochran is making quite a name for himself this year as an offensive lineman for the Cal Bears. Head coach Sonny Dykes gushed at a recent press conference,"Aaron just keeps getting better," Dykes said. "I think he gets better week to week. It's exciting to see that because Aaron's such a big kid, such a good athlete and has so much potential."

Good to see wrestling coach Eric Osmer out the wheelchair and getting around after a summer motorcycle wreck in Columbus, Ohio. Osmer sustained a broken ankle (4 different places) and collarbone in the crash. For Christmas, Osmer is requesting a motorcycle seat belt.

The Golden State Warriors enter the new NBA season with a world championship and a target on their back. While other teams have beefed up their lineups in order to compete with Curry and company, the smart money says that the warriors will make it to the finals once again.
​
The 3-5 varsity girls volleyball team prepares for opponents by drinking C4 energy drink and dancing, along with Coach Kuuipolani to pump-up songs before matches. Word is that Macy Oh has the best moves but that Micaela Clark is nipping at her heals. Remember Ms. Oh, uneasy lies the head that wears the crown.
Powered by