Behind the Scenes of BC Theater Students 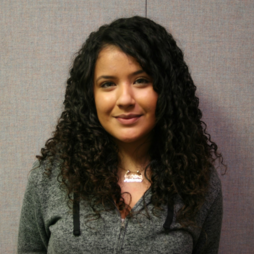 Mariana Jauregui, Senior Actress
What’s the greatest experience you have had in a performance?
My greatest experience was the musical “You’re A Good Man Charlie Brown.” I had the role of Sally. It was my first big experience. I love it because I made so many new friends that later became family. The show itself was one of the best experiences I’ve ever had.

What has been the hardest part of acting?
From experience my hardest part was when I had the role of Sissy  in “You’re A Piece Of My Heart.” It was the hardest because when you act you work and depend on other people and when they don’t try to do their job, the show can go wrong. So, it’s mainly hard when you work with people who are irresponsible.

If you weren’t in any productions, what do you think you would’ve done?
I would’ve looked forward to the next one and tried my hardest to get a part in the next production, or I may have tried to be a technical manager.

What’s your greatest fear in theater?
Not fulfilling what my director wanted of me, and disappointing him. 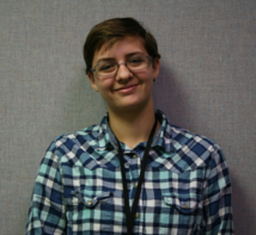 Anna Smith, Senior Technician, Actress
Would you prefer acting over tech? Why or why not?
To be honest I would prefer tech over acting, because it’s amazing what you can do behind the scenes. For example, the performance wouldn’t come together without tech and you have a lot of different opportunities with tech.

Out of all four years, what has been your hardest production? Why?
A Piece Of My Heart. I was the tech director and we were not prepared at all. We only had six weeks, when we usually have nine. It was all overwhelming being a first time director because I had to know how to make the set, what props and costumes would be used. I’m actually surprised that we made it through the show. It was a good experience, however very stressful.

What do you hope to leave behind at BC Theater after you graduate?
A positive attitude. I never got the star roles but I always accepted what I got and tried my hardest on my role, making sure to have a positive attitude.

Would you rather no one show you to your wedding or funeral?
My wedding because even though it would be nice to have friends and family the fact that you are going to bond yourself to the person that you love is what matters the most. 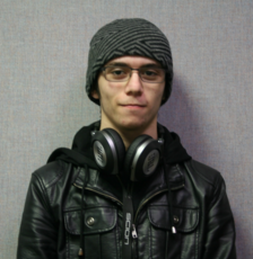 Cordero Tabares, Senior Technician, Actor
What have been some roles you’ve had in being a technician?
I ran the fly, backstage management, and sound. But, my hope is to one day do lights.

Do you hope to use your tech knowledge in your future? If so what for? If not, why not?
I would just more so use it as a hobby because it is a very competitive career and I’m not a competitive person.

What’s the hardest part of being a part of the technician team?
Making sure that everything runs smoothly, because if you mess up in tech it makes the actors look bad and they may mess up because they will notice your slipup. It’s hard cause you can’t predict the mistakes. 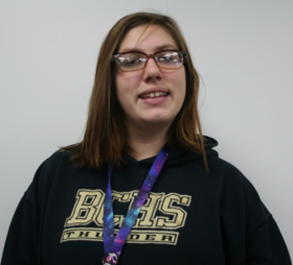 Leeana Richardson, Senior Actress, Technician
What is your hardest role and why?
Working with people who are not trying to put the show together to make it come together good. And having to pick up their slack.

What do you hope to leave behind for future theater kids to know you by when you graduate?
I want them to know me as the stage manager that’s caring but still gets everything done.

Do you hope to pursue theater in your future?
Yes, I do. I want to continue acting, but I want to teach others how to do theater. I really want to create a theater at my own church.

Would you rather know the date of your death or the cause of your death?
The cause, just because I don’t want to expect my death.
Powered by