Human Trafficking Awareness Month: How much do you know? 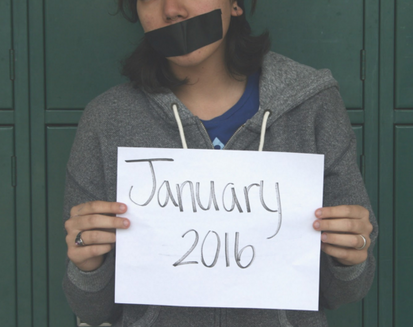 English teacher Melinda Crooks stated, “I believe human trafficking is when a person is given or sold to another person-customer or agency.” When asked about what she knew about human trafficking, she replied, “What I understand is that it happens a lot in-I don’t want to say other countries because it happens here too-it happens everywhere. I think most advertised or information is given out about females.”

Crooks is right. There was a bust that happened in February 11, 2015 in Merced CA. The most recent bust involving a young girl, who was not named, was coerced into prostitution by two women. It’s suspected that the young 16 year old girl was engaged in prostitution for several months. The two women were set on bail for $500,000 each but were said that their “business” was involved in locations up and down the state.

When asked “Would you believe a case of human trafficking would happen in Merced?” Senior Jocelyn Godoy replied, “Yes because there's some crazy pimps out there who would probably do it.” After her response, Godoy was told about the recent case. The question added after she was told was, “How surprised are you about it and why?” Godoy said, “I’m not that surprised actually. It’s Merced and I can see that happening because human trafficking is common.”

Godoy is correct about human trafficking being common. Most people think that robbery, drugs or murder can happen at any given time. People usually just think about those three subjects with common and most talked about on the media. Everyone should be aware about human trafficking. An act that can steal a person away and sell them to another, either for sexual acts or labor.