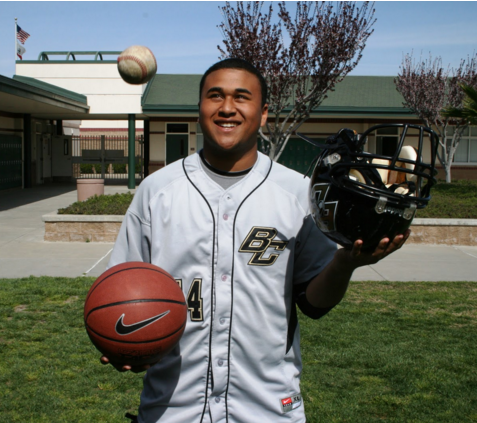 Senior Kory Woods juggles a variety of aspects of his sports life.(Photo By Timothy Ericksen) 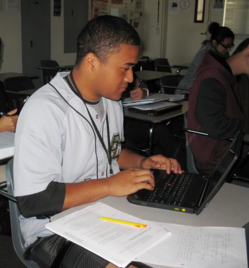 Woods 4.14 gpa is just another example of his work ethic. (Photo by Tim Ericksen)
Throughout the four years of his high school career here at Buhach, senior Kory Woods has actively participated in multiple sports including basketball, baseball, and football making him a walking, talking, sports trifecta. Not only that but  Woods is currently is enrolled in AP classes and holds a total GPA of whopping 4.14. He clearly strives to excel inside the classroom and out on the fields.  ​

​From  a young kid playing youth sports to a growing adult playing with the big boys, Woods has learned everything from experience and from all the people that has supporting him. Beginning with one of his sole influences, his brother Kert Woods who started sports before he had, so that motivated him in a brotherly way to do his best and created a love in his heart for sports. His mother, Vicki Woods, and his father, Don Woods, also played a big role in his sports career. Aside from the fact they had given him life, they also supported him fully through his activities and has  really helped Woods succeed. Being soft spoken Woods presented a few words of wisdom, “Striving to become better is always something I wanted to do whether it is striving to win or just do better than previous times.” He continues to leave his mark in he people around him but also is highly impacted by the amazing people around him.

Not only was self-motivation and family support a big factor in Woods’ sport career, but the support and help from his teammates. Baseball teammate and close friend, Logan Coe states, “Kory is a hard working kid and a great teammate. He's always pushing us and always making the sport fun.” It is essential to have good chemistry between teammates to get the best possible outcomes at games and it is clear that Woods had successfully created that with his fellow teammates. 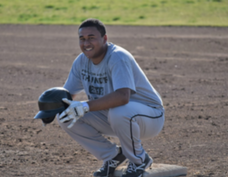 Woods' stats for baseball as a junior were 12 RBIs, 4 doubles, and 1 HR. (Photo by Aaron Brown)
When speaking with Woods about his sports career, he spoke very humbly about his awards. He had spoken briefly about a few awards he had received and some of them were All League honorable mention, in basketball Woods’s sophomore year. Along with his other awards, he received first team All League, junior year in baseball and second team All League, in football as well. He is clearly pleased with how his athletics had paid off for him, but still keeps in mind the endless possibilities for his future. 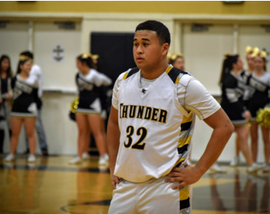 Kory Woods was a three year varsity starter in basketball. (Photo credit: Aaron Brown)
Although sports may or may not be apart of Woods future as  much as academics will be, he still has made fantastic stats for himself. For baseball, as a junior,  Woods  Batted .344 overall with 12 runs batted In, 4 doubles, and 1 HR. Head baseball coach Gregory Wakefield thinks very highly of Woods as he states, “He’s an ideal student athlete at BCHS. He is a multi-sport athlete and a great leader for all three teams. He sets good examples in everyone in the programs, also a good mentor for younger players.”  Woods continues to be the ideal leader in more sports than just baseball. Clearly, varsity basketball coach, John Bliss see’s great qualities in Woods and he states,  “Kory is a leader by example! Kory has a tremendous work ethic and is smart and level headed.”  His work ethic paid off by starting on the varsity basketball team for three years and also a spot as a starter for all three years. His work ethic may get him the spot , but his leadership skills get him noticed. Varsity football coach, Kevin Navarra says this about Woods, “He was an unselfish student/athlete that brought a blue collar approach to playing not just football, but baseball and basketball, too.” Woods finished off his great football season as a running back by rushing for 500 yards, and played inside linebacker where he finished with 100 tackles.  He was named the Team's Player of the Year, Which was generally chosen by his teammates. 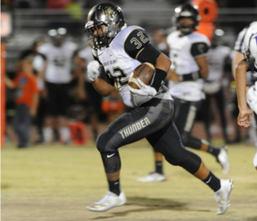 As a varsity football player, Woods rushed for 500 yards as a running back and had 100 tackles as an inside linebacker. (Photo by the Merced Sunstar)
Woods clearly is held very high in people's eyes and he is never discouraged to perform his best in every aspect of his life. Through the four years he has gained a high deal of respect and great friendships. Along with sports, Woods has caught the eye of senior english teacher Timothy Ericksen. Ericksen states, “ ‘They say 'a measure of a man is his friends.’ Kory will always have a great band of friends because of the kind of person he is.  However, how he keeps himself from putting knuckleheads like Coe and Singer in a headlock, I'll never know.” With balancing his great friendships, sports career, and a excellent academic skills, Woods continues to be humble of his achievements but it is clear that he so truly deserves recognition. Going through four years of high school while playing sports and keeping an well above average GPA, Woods future is looking up for him and great things are ahead of him.
Powered by