The Super Bowl has been an American tradition for many years. This is a game fought between two football teams who have competed hard and proved that they have what it takes to be the best football team in the league. This year will be the 51st Super Bowl hosted in Houston, Texas played between the Atlanta Falcons and the New England Patriots. The New England Patriots are 4 time Super Bowl champions, while the Atlanta Falcons have previously been to only one Super Bowl and have never won. Let’s see what Buhach Colony Students think about this year’s Super Bowl: 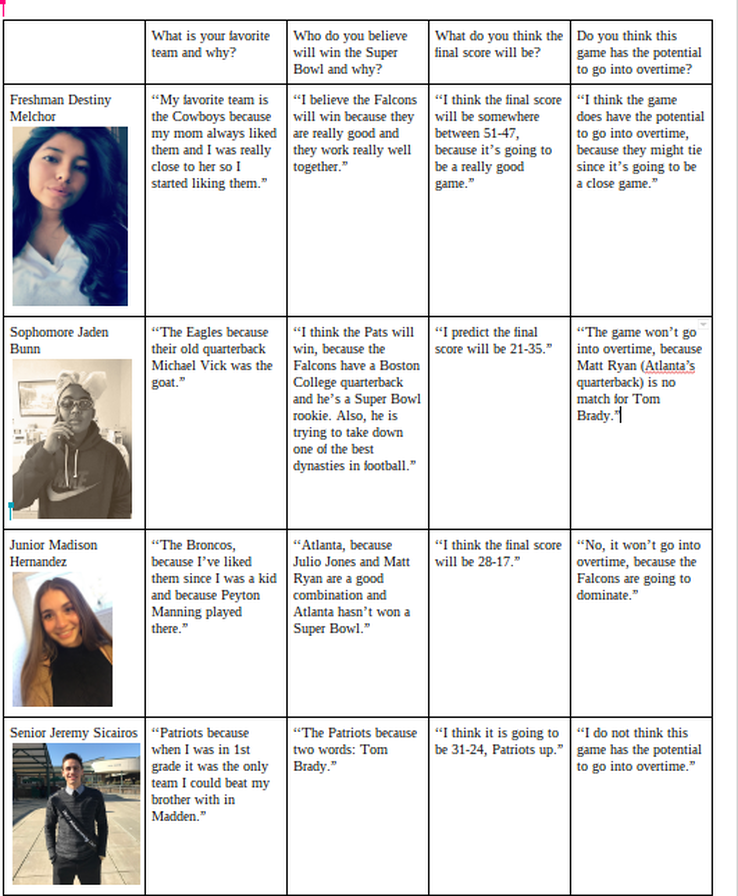 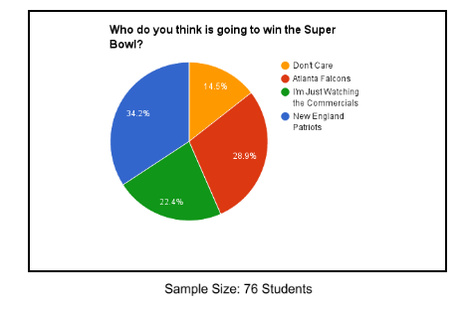